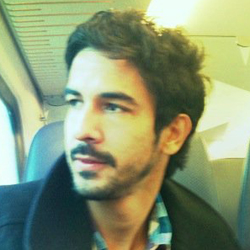 "Every artist was first an amateur." Ralph Waldo Emerson

Among with a BSc. in Civil Engineering, Mario has attended business schools in the US – Stanford University and Europe – CEMS The Global Alliance in Management Education.

Although Mario was born and raised in Colombia, he considers himself more as a World Citizen. He has lived in more than 5 countries, 3 continents, and old to help paying part of his studies and his travelling – one of his passions. From a gardener and a housekeeper to a forensic engineer investigating the Collapse of the 7 World Trade Center in NYC, Mario has successfully built his own international career path.

In his short career as an international manager, Mario has won several international prizes – e.g.Danone Trust Competition in Paris and Erasmus Challenge in Rotterdam that definitely make him stand out. Besides Spanish he excels in English, Italian, Portuguese and has some knowledge of French and Chinese – Mandarin. He has worked since he was 20 years. Mario enjoys to get inspired by TED speakers and online documentaries, and by non- fiction books mainly related to: Leadership, Social Psychology, Futurism and Human Evolution. Three of his greatest hobbies are bartending, socializing – networking and Dancing. Mario is interested in: Global Affairs, Futurism and Global Citizenship.

He sees himself as a connector and believes that he will bring a positive change in the world by connecting people’s knowledge. He dreams with living in a more united world, a visa-less territory with no borderlines.

💿What is the problem?

Many people around the world have several prejudices on street performers. We are pare of the change!

Promoting the services of street musicians, jugglers, magicians, statue men and painters (graffiters) online. By offering everyone the possibility to book a street artist online we bridge the gap between regular people and art, while eliminating the prejudice that exists on street artists!

I am Bringing SENS to Life through repositioning Street Art by promoting the street artists’ services online.
Helping to transform the prejudice people have on street artists.