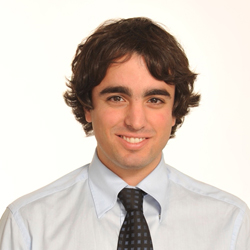 "They can because they think they can." Virgil

Emiliano, born in Argentina, is co-founder and General Manager of WARC. Emiliano obtained a BA on Business Economics at the Universidad Torcuato di Tella, Argentina, where he has done an exchange semester at the WU Wien University, in Austria. He later achieved the CEMS Master in International Management, at ESADE University, in Spain and Universitaet zu Koeln, in Germany. He is currently Level III candidate from the Chartered Financial Analyst Institute (CFA). Emiliano performed as Corporate Manager Purchasing, at Henkel’s HQs (15B€ TO and 51,000 employees), directly managing a budget of 60M€. On this assignment, he coordinated and implemented several projects on a European basis to cash-in substantial savings. In addition, he led the negotiation of a 70M€ contract with suppliers. He was recognized as Henkel’s Top Manager in 2010 and was awarded the UF Excellence Award in two opportunities, for excellence in sourcing. He has visited over 48 countries in his 28 years of life.

💿What is the problem?

Population growth and diminishing food production yield continue to increase demand for cultivated area to satisfy world’s food demand. Africa, with its 1,031 million hectares of arable land, is positioning itself as the next world-class producer. In addition, the negative environmental impact caused by large-scale commercial agricultural practices call for new innovative production models  able to satisfy increasing food demand while minimizing the impact on the environment. Finally, the african labor markets are mainly composed by small scale farmers, which are produced on a subsistence level, getting trapped on a never ending poverty.

WARC specializes in the production and distribution of rice in Sierra Leone- once a major world producer. Initial focus is on satisfying the local market need but within two to three years the regional market will be targeted while testing opportunities for Western markets for Fairtrade-certified specialty Sierra Leone rice. Throughout its expansion, WARC will remain committed to its goal of becoming a role model of Africa’s new agricultural transformation by eliminating the use of fossil-fuel based inputs, nurturing the soil’s complexity through the use of latest sustainability practices, while creating positive impact to the smallholder farmers and local communities where it operates.